The story of MQS

Molecular Quantum Solutions, in short MQS, was founded on the 2nd of December 2019. The co-founders Mark and Lukasz decided after their PhD projects at the PROSYS Research Centre of the Technical University of Denmark (DTU) to combine their knowledge and start a company. The intention was to easen the use of quantum chemistry models for chemical engineers. Usually chemical engineers have strong expertise in designing unit operations, performing flowsheet simulations or model transport phenomena. For these simulations pure physical properties such as the normal boiling point temperature or the Gibbs free energy of formation is needed for the specific chemicals involved. When it comes to temperature, pressure and composition dependent thermodynamic properties, then a chemical engineer is many times in need of phase equilibria calculations (vapour-liquid, liquid-liquid, solid-liquid equilibria). These properties are usually generated experimentally and involve tedious work in the laboratory. Quantum chemistry models can help to reduce this experimental effort.

Quantum chemistry relies on the first principles of quantum physics to describe the world of chemistry which involves how atoms, electrons and molecules interact with each other. Over the last decades researchers have developed a whole pletora of models ranging from density functional theory (DFT) to semi-empirical methods such as PMx, COSMO-RS/-SAC, GNFx-xTB and so on. These methods can be applied for larger molecules or when performing high-throughput screening of thousands of molecules on high performance computers.

And this is where Molecular Quantum Solutions wants to help engineers and researchers to focus on their ideas instead of setting up these models on high performance computers: with a cloud based software solution. Where calculations can be easily submitted, accessed and pipelined to the next calculation steps for process, product and materials design calculations.

It also comes handy that these quantum chemistry models can be mapped on to a quantum computer architecture, a quantum processing unit (QPU). Quantum chemistry modelling is one of the first applications which can be run on near term quantum computers with hundreds and/or thousands of qubits. MQS therefore focuses on building hybrid algorithms which run on CPUs, GPUs, FPGAs and QPUs. The MQS team has with Kaur and Beñat a dedicated quantum physics team solely focusing on quantum computing and MQS has already developed a qubit reduction method which is currently being patented.

In November 2021 the MQS team was joined by Kurt, an experienced and well-versed entrepreneur in quantum physics and software entrepreneurship. He has founded the two companies Atomistix and QuantumWise. QuantumWise was sold to the Californian software company Synopsis. Kurt acts now as a quantum tech investor and helps MQS with his experience bringing the MQS software to the market, scaling world-wide and maintaining a high-quality product. 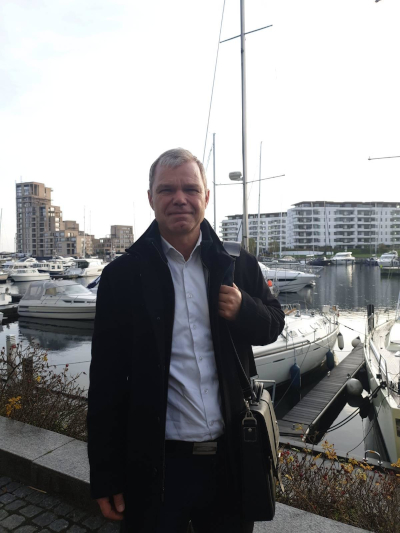 The software development team at MQS has steadily developed a solid and foundational infrastructure to run the MQS dashboard and MQS API on all cloud providers’ server infrastructure. Hajni, Botond, Amjad and Patrik are the current MQS team members managing and developing the MQS software stack. The scientific packages are being developed by the scientific development team (currently Mark, Lukasz, Kaur, Beñat). These scientific algorithms are delivered in modules, packages and containers so that they can be integrated with the MQS framework in a plug and play fashion. The individual algorithms can also be shipped to interested parties for testing and bechnmarking purposes.

This endevaour of providing a platform to serve highly relevant calculations to tackle pressing issues in the pharma, biotech and chemicals industries has not been possible with the help of many mentors, fellow companions and supporters along the way.